In their 2019 survey report entitled Attribution Digital Marketing’s Broken Promise, QueryClick uncovered the fact that digital marketers were being pressured into sub-optimal investment strategies due to issues ranging from over-simplistic last-click measurement approaches to saturation on key platforms like Google and Facebook.

In their most recent survey, The Value of Attribution in UK Retail, QueryClick revisited some of these key issues – and some new ones as well – to see what had changed in two years. They also wanted to focus their lens specifically on retail sector marketing which has undergone an unprecedented level of change in recent years for reasons ranging from changes in buying behaviours and technology to the impact of COVID-19.

The findings are intriguing – and they wanted to share some of them with you.

Download now: The Value of Attribution in UK Retail 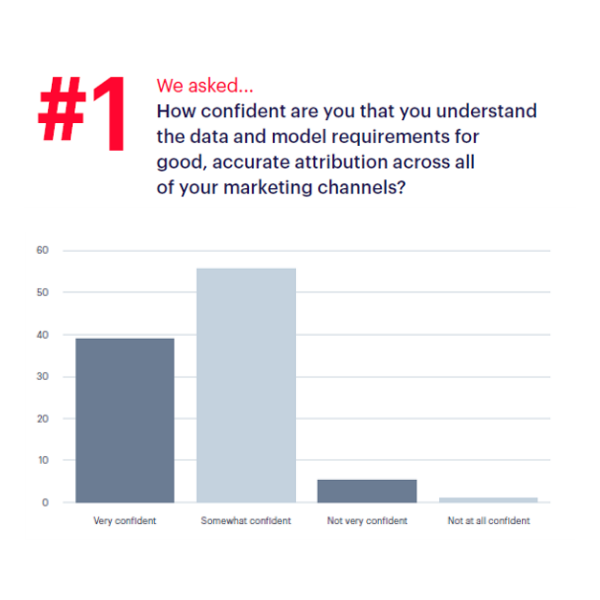 The vast majority of respondents (94 per cent) are at least somewhat confident that they understand their attribution models and how they’re working across channels – and confidence is highest among those with digital marketing budgets of £1 million to £1.99 million.

This is interesting for us – not least because this headline stat is completely contradictory to some of the more telling stats that we will come to later on the detail and accuracy of these attribution models output.

And it highlights a number of recurring themes we come across regularly:

Marketing attribution technology has a central role to play 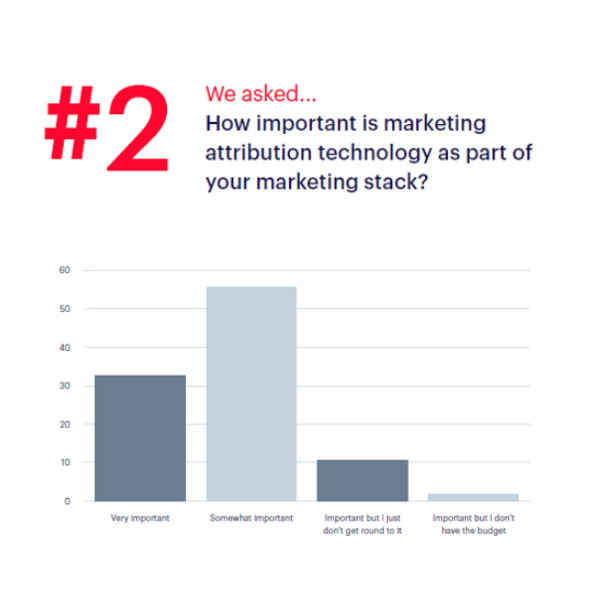 What is clear is that there is little disagreement about the importance of marketing attribution technology.

And this figure jumps up to 57 per cent when you look specifically at those who are tasked with improving marketing performance. 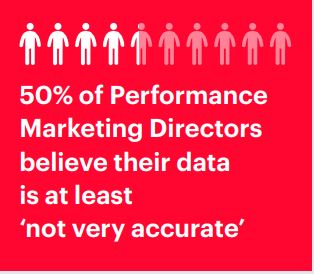 Interestingly, nearly 80 per cent of respondents believe they have accurate web analytics data in place – again perhaps as much a reflection of the power of Google and Adobe brands have, in reinforcing belief in the quality of their own products.

However, in practice, that is undermined by the data’s inability to deliver effective attribution.

And digging into the data a little more reveals some interesting divergence in views depending on role as follows:

Could that be due to optimism bias rather than a reflection of the real situation on the ground?

But it’s when you take into account the views of Performance Marketing Directors that the cracks really begin to show with 43 per cent of them believing that their data is “not very accurate”.

The responses to these questions are a telling and damning indictment of today’s approach to web analytics for retailers.

Given the billions of pounds of revenue flowing through these systems every single day, it is frankly astonishing that nearly half of those responsible for performance believe that Google and Adobe’s systems are not very accurate. Ultimately preventing any fair and open scrutiny of media spends.

Given, that according to the IAB, around half of all digital media spend in the UK is also allocated to Google, the underlying frustration of marketers is clear to see in these results. Alongside other issues around:

All of which we explore in more detail in the survey. Download your copy now.